Is red meat good or bad for you? These are the secrets meat producers keep! 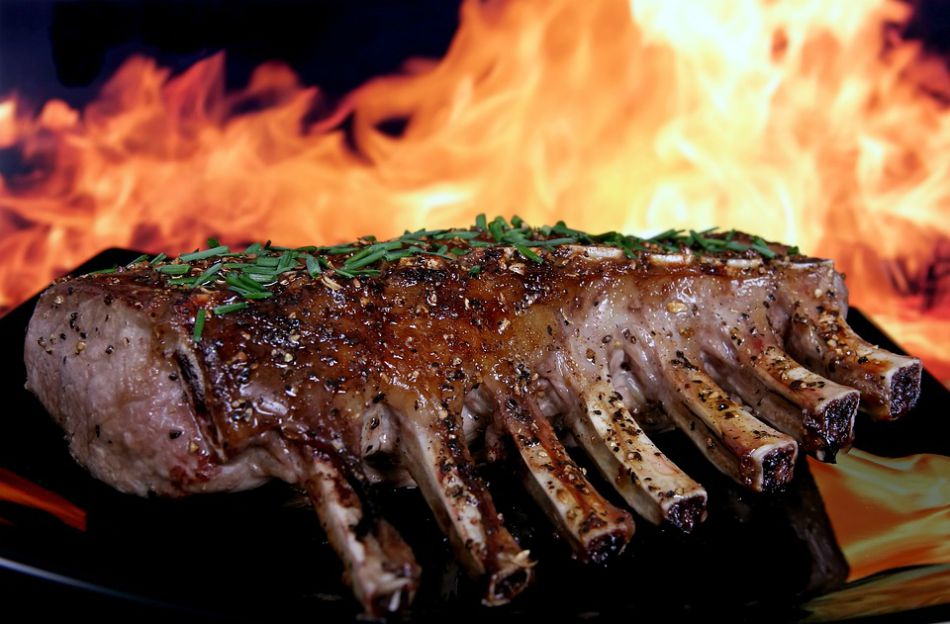 Red meat is flesh from a mammal that is red when it is raw. Examples include beef, lamb, venison, moose, elk, goat, and buffalo.

White meat, which contains less myoglobin (a red protein which binds to iron and stores oxygen in the blood), turns a lighter colour as you cook it. The most well-known examples of white meat are poultry and fish.

Four groups determine the classification of meats as white or red: the USDA, gastronomists, chefs, and nutritionists. It’s not surprising that these groups don’t always agree whether a chunk of meat fits into the red or white category. That’s why some meats – like pork, veal, duck, goose, rabbit, tuna, and salmon – are known as “pink.”

Is Red Meat Bad For You? 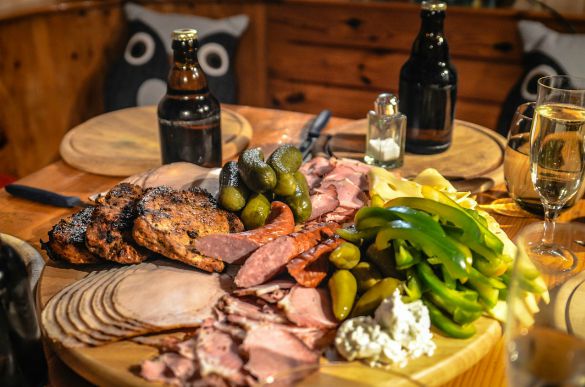 Vegans and vegetarians… Vegans don’t eat meat or animal products. In contrast, vegetarians won’t eat animals, but they will eat products from animals like eggs or milk. Paleo dieters like it, and obviously, the carnivore dieters love it. So, is red meat good or bad for you?

I don’t know what your local meat producers are up to because I have only interviewed a couple who qualify for that definition. Therefore, most of the information in this article has been gathered from articles written by research scientists. I would just say, be skeptical of all producers because, in big business or small, everyone wants to cut costs. 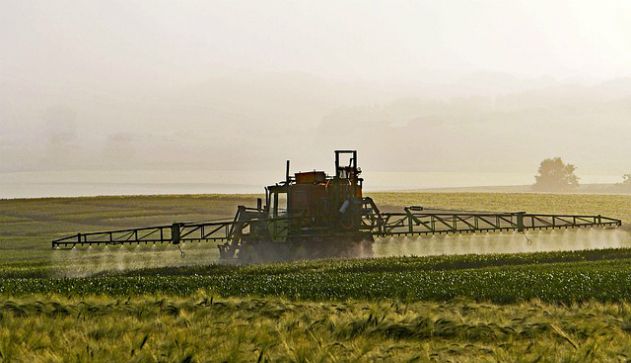 I’ll start with glyphosate because it has given me nightmares since I first learned about it, and I still believe it is the world’s greatest problem. Glyphosate was originally patented as an antibiotic. I will get back to antibiotics a little later, but keep in mind that glyphosate is an antibiotic.

Glyphosate is also an excellent chelator, which means it binds to minerals. If you sprayed glyphosate on the inside of a vessel, it would link to the minerals inside, and you could wipe them right off. Glyphosate does the same thing inside your body: it binds to your minerals, depleting your body of its much-needed nutrients.

Glyphosate breaks down the lining of your gut, allowing molecules much larger than usual to leak into the bloodstream. This is referred to as Leaky Gut Syndrome. While in the blood, or any part of your body, it is your body’s natural defence to attack these larger molecules, which ultimately creates system-wide chronic inflammation.

Antigens and inflammation attacking our own body is known as an autoimmune disease. A few common examples are Hashimoto’s Thyroiditis, Rheumatoid Arthritis, Restless Leg Syndrome, and psoriasis, but there are many others. Glyphosate has also been linked to many other diseases, evidenced by the numerous lawsuits against Bayer/Monsanto company.

That brings me to GMOs. Glyphosate and GMOs cause all kinds of diseases and present a massive problem for anyone looking to improve health and fitness. A complete discussion of GMOs is too extensive to add to this blog. I will be posting an article on the topic very soon, so check back shortly. However, to summarize, you don’t want your red meat to eat it!

Do the Red Meats You Consume Eat Grains? 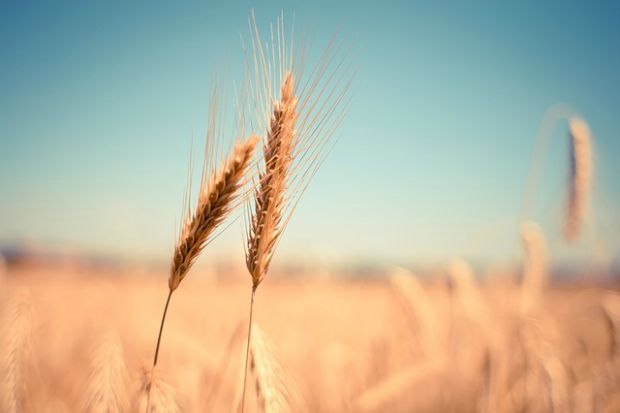 I also mentioned grains. Grains are fed to animals because it causes them to gain weight quickly. However, grains provide little or no nutrients and wash nutrients out of the animal that eats them. The grains animals are fed are GMO because they are cheaper. GMO grains will have glyphosate and other toxins as well. Even non-GMO grains often get sprayed with glyphosate because it ripens/kills them quicker.

At one time, meat producers had no understanding of why antibiotics fattened up their animals; they just knew it worked. Today, we know how it works. The two main types of bacteria in the gut are called firmicutes and bacteriodetes. Firmicutes create fat storage, and bacteriodetes make mammals skinny.

Bacteroidetes survive on antioxidants from healthy foods. Conversely, firmicutes survive on things like sugar and flour. When antibiotics are ingested, they kill off bacteriodetes allowing the firmicutes to take over. Remarkably, 80% of the antibiotics that get used are used on animals.

Another little trick meat producers use, is a fugal estrogen called zeranol. Meat producers place zeranol in the ear of the animal. Estrogen causes the animal to retain fat. Studies show it takes 30% less feed to fatten up an animal on estrogen. It is important to note, zeranol is a mycotoxin. Mycotoxins are neurotoxins and the most potent carcinogens we know of.

Is Red Meat Good For You? 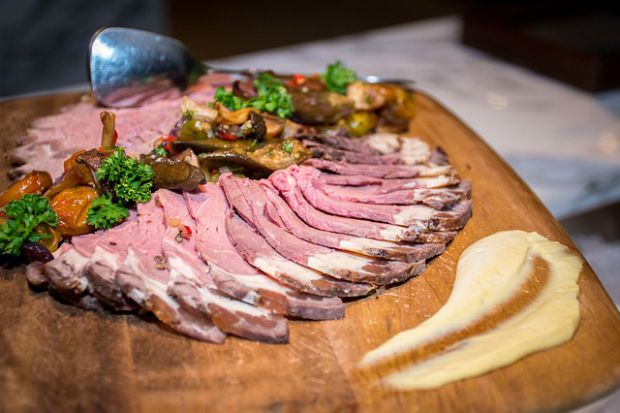 So, why bother eating red meat at all? Do vegans have it right? I don’t think it’s a good idea to eat commercially raised meat. I also think we need to get most of our food from plants, but meat certainly has its place. Like I said before, the number one thing you are trying to accomplish with food is to get as many nutrients as possible. High-quality grass-fed meat is loaded with nutrients. Wild meat is the best source.

Iron, zinc, ubiquinol, collagen, specific amino acids, and Vitamin B12 are tough for vegans to get from their diet. A lack of these nutrients causes very significant consequences. 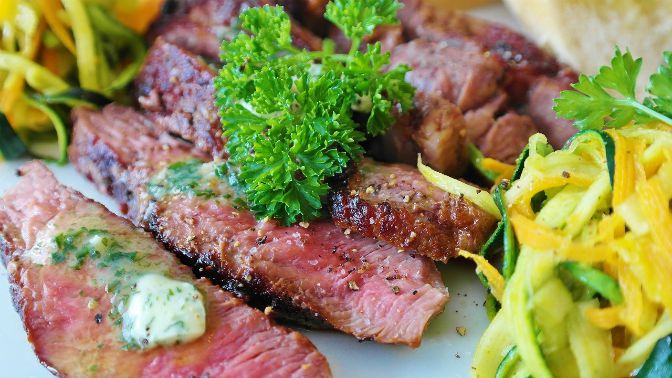 I always ask my clients a little trivia question: “Do you know what is in red meat that makes it red?”

“Yes, that’s correct. What’s in the blood that makes it red?” They say, “Hemoglobin?”

I say, “Yes, that’s correct. What’s in the hemoglobin that makes it red?”

The answer is iron. Iron is one of the top nutrient deficiencies in North America. Without iron, you don’t produce red blood cells. Red blood cells control your oxygen-carrying capacity, and when that goes down, the energy goes down. This causes many problems because all your systems use oxygen. I hope it’s obvious how important iron is. 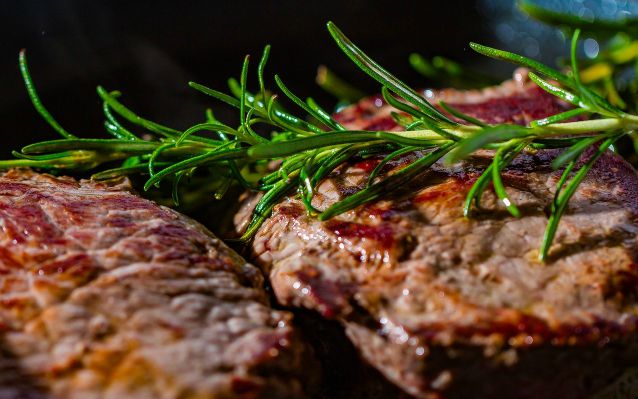 Got dry skin or dandruff? Do you know what the active ingredient is in dandruff shampoo? The answer is zinc – or zinc should be the answer. Without zinc, you will have dry skin and won’t build up your connective tissue. Your skin, bones, muscles, blood vessels, and gut lining are all connective tissues, to name a few. Red meat is one of the best sources of zinc. 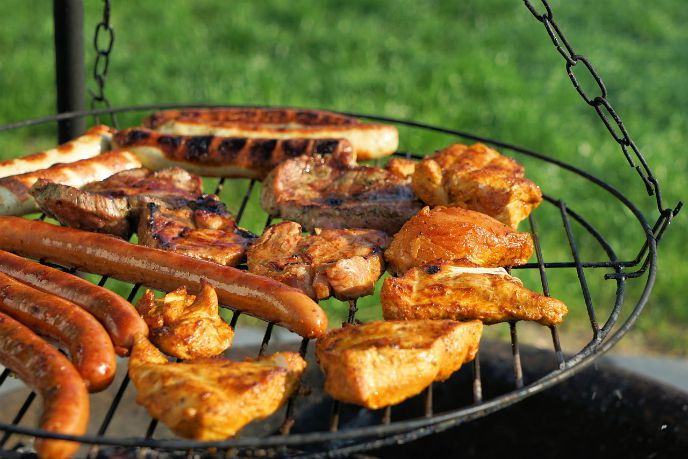 Collagen is a major concern these days, and animal products are the only source. Your connective tissue (skin, facia of the muscles, bones, and gut lining, to name a few) is made up of collagen. How are you adding collagen to your diet?

Bone broth and red meat are full of collagen. Not only that, but zinc, magnesium, calcium, L-glutamine, proline, and glycine, required to heal and grow connective tissue, are all found in bone broth and red meat. Regretfully, Leaky Gut Syndrome is something we all must combat these days; and if you are not using bone broth, you will be losing the battle.

The L.A. Lakers basketball team uses bone broth as part of their regiment, and they have the least amount of injuries in the NBA. Inasmuch, Dr. Natsha Campbell McBride is a world leader in matters of the gut. She says bone broth is not optional.

Vitamin B12 is the fifth leading nutrient deficiency in North America, and it is required for every system of the body. For example, vitamin B12 is necessary for energy production, blood formation, DNA synthesis, and support for your nervous and immune systems.

To keep it short, the following are symptoms of vitamin B12 deficiency: weakness, decreased energy, tingling in extremities, brain fog, memory problems, sleep problems, mood swings, and lack of motivation. Likewise, some of the diseases associated with vitamin B12 deficiency are depression, dementia, Alzheimer’s, cardiovascular disease, anemia, cancer, multiple sclerosis, and brain damage. Eat red meat to get vitamin B12. 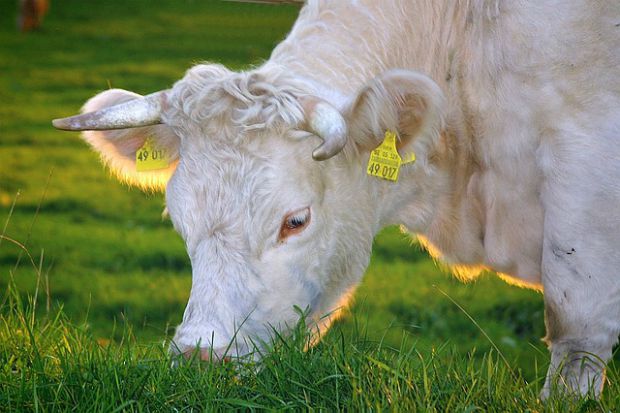 Some of the above nutrients are found in plants but at a much lower concentration than you would find in grass-finished red meat. It would take a lot of food to get all the nutrients you could get from a small piece of meat, and some of those plant products are much more harmful than beneficial. Bread comes to mind.

I have personally seen some of my own clients that suffered from issues get better. One had allergy-like symptoms and syncope (fainting). She had been a vegetarian her whole life and, after addressing nutrient deficiencies and introducing goat meat to her diet, her symptoms went away. She’s doing great now! This is a prevalent story that I have heard from many health care practitioners.

These are all grass-fed beef farms located in Alberta. If you aren’t from Alberta, you can go to eatwild.com to find a Canadian farmer close to you who provides quality grass-fed red meat with none of the hormones, antibiotics, or grains.

Want To Get Started On A New Lifstyle Right Away?

MEET ME FOR A Free Transformation Session