The secret to health, longevity, and happiness! 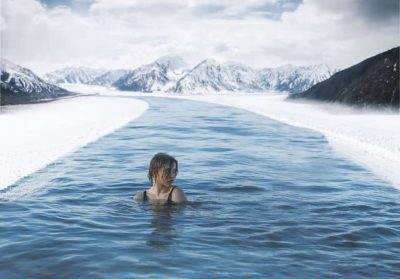 The German philosopher Friedrich Nietzsche (1844–1900) made the famous statement that “What doesn’t kill us makes us stronger” (Was uns sicanicht umbringt macht uns stärker), probably to excuse his drinking habit.

Hormesis is a two-phase (biphasic) biological process in which an organism is stressed, followed by an adaptation during the recovery phase. An excellent example of hormesis is physical exercise. The exercise is stress where the body breaks down. During the rest and recovery, the body adapts to become stronger than before the stress.

The term “Hormesis” was first used by Chester Southam in 1941. It was used to describe the stimulatory effects of low doses of toxins such as ethanol. The word is derived from the Greek word “Hormáein,” which means “to excite, set in motion, impel, or urge on.”

Hormetic effects were first studied by the German pharmacologist Hugo Schultz in 1888. He studied the effects of low doses of disinfectants improving yeast growth. Back in those days, hormesis was called toxicotrophism.

Have you seen “The Princess Bride”? “Wesley” or “The Dread Pirate Roberts” builds up an immunity to “Locane powder.” This is a fictional example of hormesis, but I like that movie. A real example might be Rasputin, who may have built up an immunity to poison.

Another one might be King Mithridates VI. Before Mithridates VI became king, his father was poisoned by his mother so she could take over power. Mithridates was always in fear of his life because he was next to take over the reign.

He fled into the wild for years to avoid being assassinated by his mother. While he was gone, he made a remedy of these ingredients: 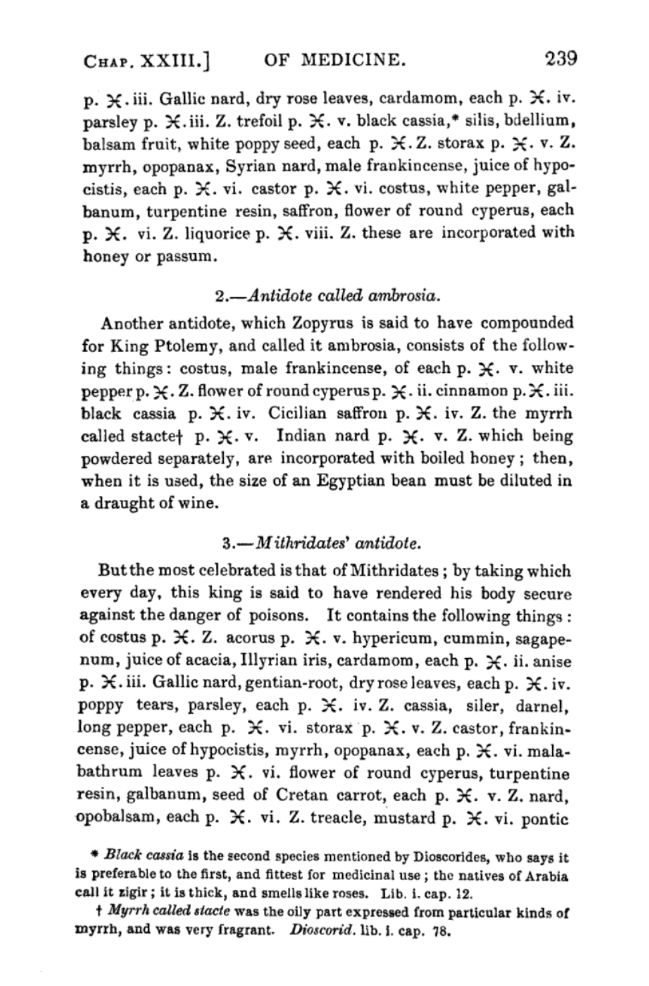 (This was first written a hundred years later and continued to be altered.)

Mithridates VI would take small doses of the concoction to build up immunity from being poisoned. When he was of age to take over the reign, he returned and had his mother and brother imprisoned. Then married his sixteen-year-old sister.

When there eventually was a rebellion, he attempted suicide with poison but was unsuccessful and was killed by the sword. His remedy was improved upon by different cultures and given different names. Mithridate is now a general term used for an antidote. 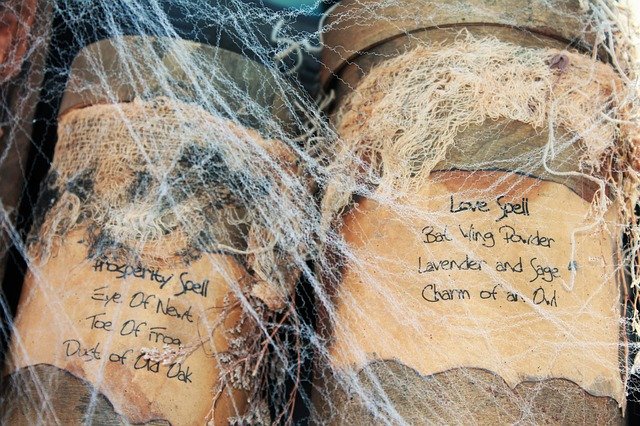 The theory of building immunity to a toxin is your liver would have to get good at making the enzymes and acids to eliminate the poison. In the case of alcohol, we tend to get alcoholic-fatty-liver-disease before we ever build an immunity.

The term hormesis has evolved over the years. We now use it in the health realm to oppose abundance. There was a time when humans had to go through stresses like cold and heat. We went without food and had to hunt or gather to get it. We had to exercise in some way.

Now, most of us sit at our jobs. We have to make ourselves go to the gym for exercise, we do timed fasting, cryotherapy, and hot tubs. And if we don’t, we become fat bombs.

We live in abundance, never having to go without. Humans used to eat about 3 teaspoons of sugar a year. The amount on average in America is now over 150 pounds of sugar a year. We have more comfortable lives, and it’s making us sad and miserable. 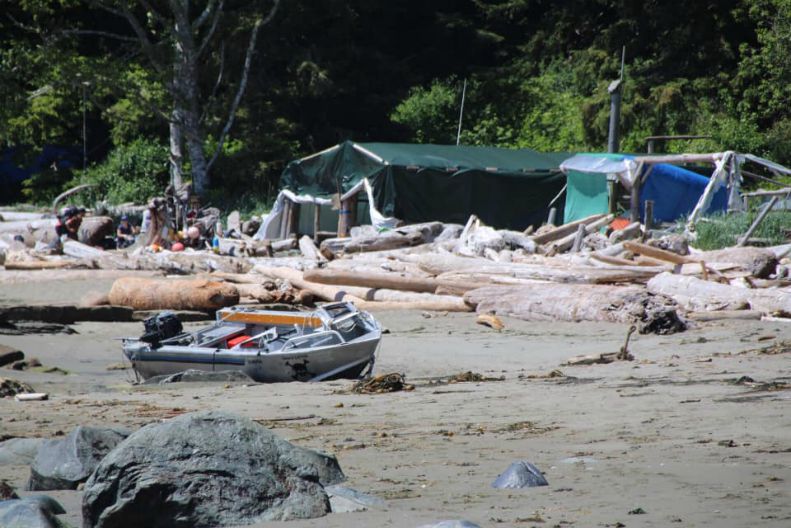 I want to tell you about the best meal of my life. I was hiking the west coast trail with a friend, and we heard that we needed to bring money for the bus ride back to our vehicles once we were done the trail. So, I brought extra cash in case we needed it. We were nearly half done the hike when we encountered Chez Monique’s.

I ordered the deluxe burger, which came with cheese, pickle, mushrooms, lettuce, onion, tomato, bacon, and Monique’s sauce. You can’t get a burger in Canada as good as this. Partly because you had to walk about thirty-five kilometres with a heavy pack to get one. Somewhat because the food you’ve been eating for days has been scarce and not exceptional, and partly because these really are the perfect burgers. 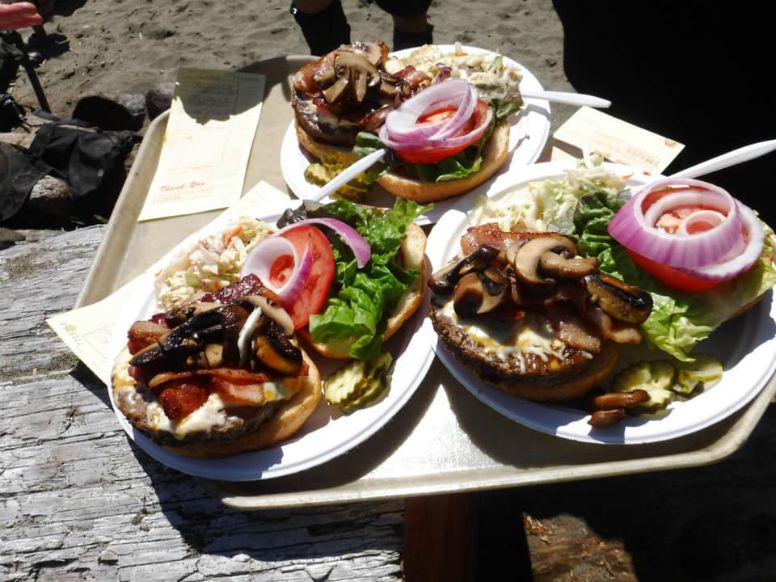 These kinds of hikes are excellent for longevity, happiness, and health. They are the perfect form of hormesis. You have to deal with all of the conditions, then you get a burger from Monique.

After that, it’s back on the trail dealing with rain. It comes down in buckets, and the creeks turn into raging rivers. It becomes challenging to cook anything, and it’s cold. It’s uncomfortable and slippery. 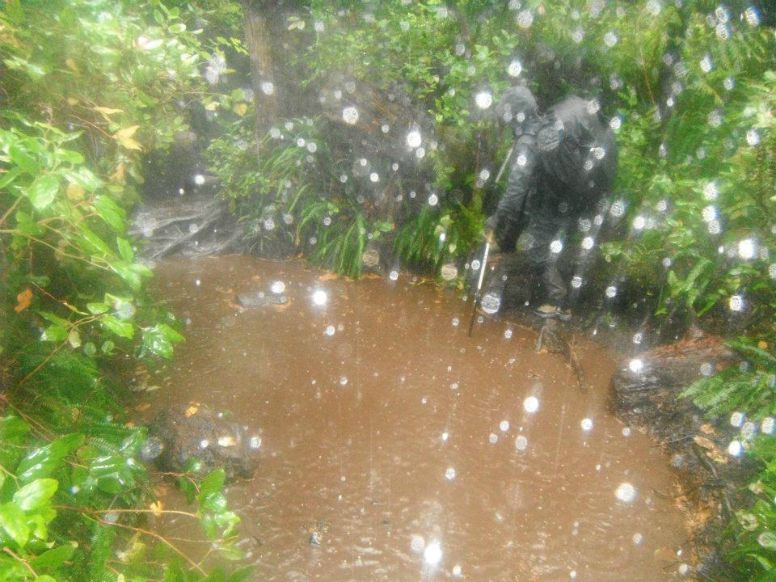 The trail turns into rock. You have to go up and down with the odd bridge to make it a little easier. If things could get worse, you have to make it to the fairy crossing by five.

Twenty-six kilometres on the hardest part of the trail while it pours buckets, and we had to do it in 7.5 hours. We had almost no food, sore legs, very little sleep, heavy packs, and wet, cold everything. It was amazing! 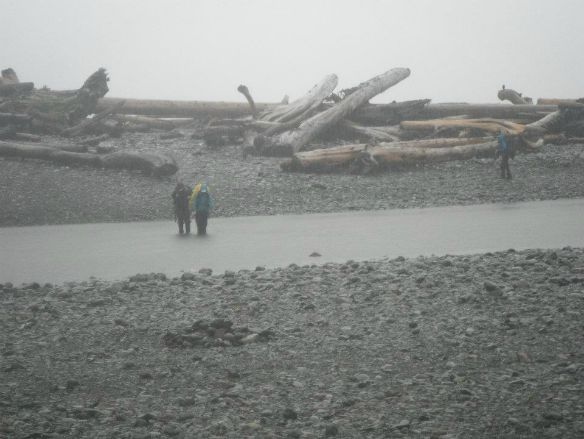 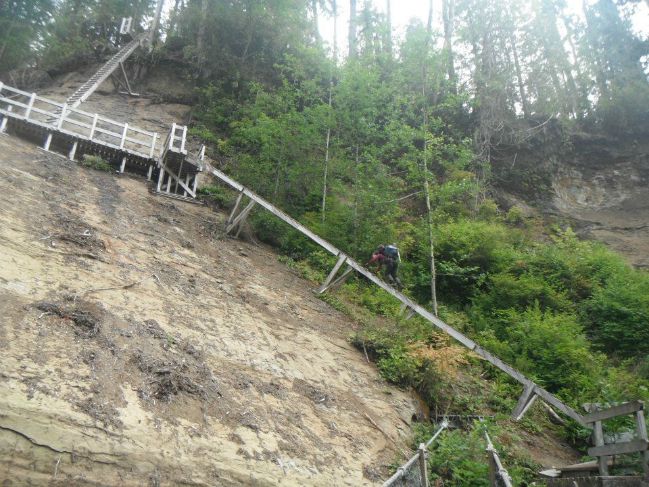 When you’re done, you get an extraordinary meal in the beautiful town of Port Renfrew in a log cabin style pub. A hot shower to warm up and clean off. I’m telling you the little things are pretty awesome! I don’t know too many people that have enjoyed a shower as much as I did that day. We earned it!

The forms of hormesis most recommended by Ph.D. Ari Whitten are exercise, fasting, heat exposure and cold exposure. It’s important to note that hormesis has two phases. Damage occurs during the stress, and it’s the rest and recovery that has a beneficial adaptation. 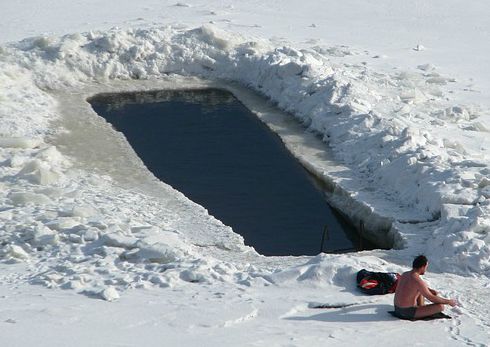 I was talking to a sports therapist at the Expo centre one day, and he was talking about cold therapy. An example of cold therapy is when you get swelling, and you ice it to reduce the inflammation.

However, the type of cold therapy this gentleman was talking about is called cryotherapy. It was this sports therapist’s goal to get a cryotherapy chamber approved for use in Edmonton. His room would drop down to minus 160 degrees. You work your way up to sitting in the cryo-chamber for a minute.

Cold exposure is known to reduce inflammation. Patrick Marleau plays hockey for the Toronto Maple Leafs, and he has an ice bath between each period. He takes off his hockey equipment and hops in the iced tub and then gets his gear back on in time for the next period. The ice bath kills the inflammation instantly. He says he feels fresh and ready to go every period.

Keep in mind you want the inflammation after working out because it is part of the stress that gets the results we want. You have to wait at least a few hours after training to do cold exposure.

If you’re using cold therapy as a form of hormesis, when you’re exposed to cold, your mitochondria will produce energy in the form of heat. With most hormesis, including cold exposure and exercise, you will build more mitochondria. You get good at vasoconstriction and less sensitive to the pain of the extreme cold. 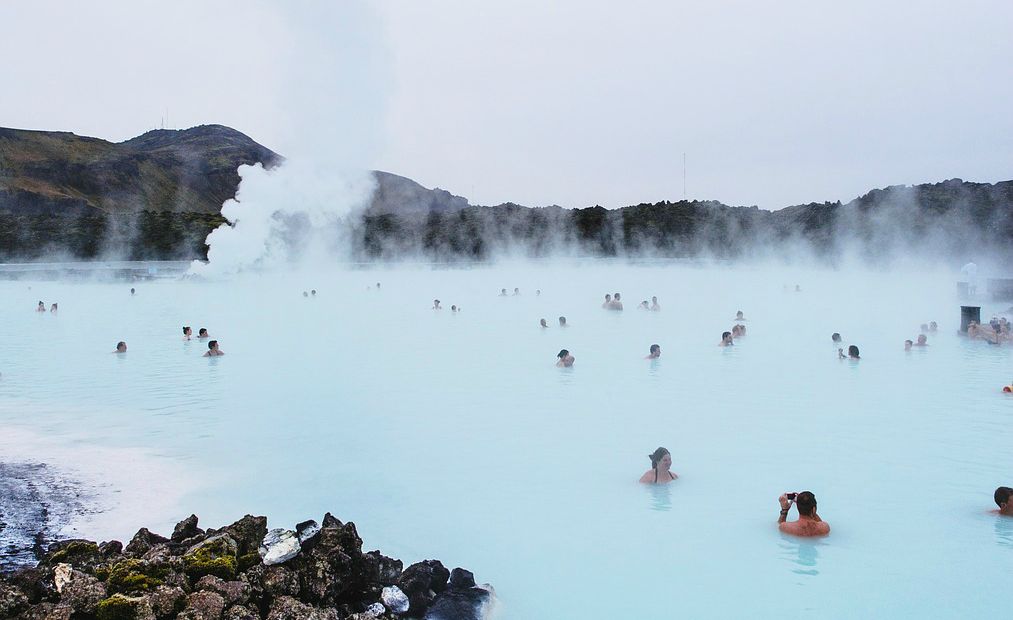 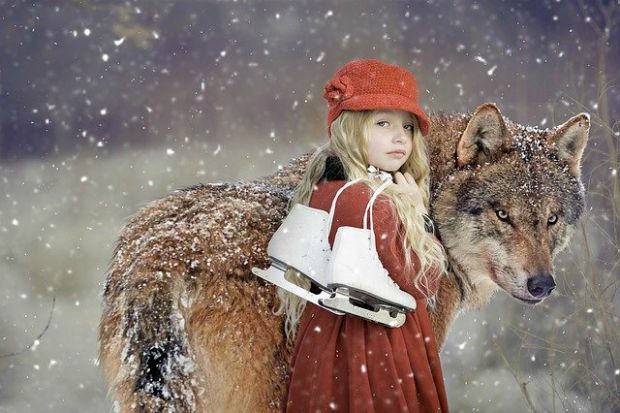 Fasting induces more autophagy, which is the natural cell death of the weak cells and new cells get generated. The same thing happens with mitochondria. Mitophagy is the programmed mitochondrial death; new healthy mitochondria replace them. A Ketogenic diet is a form of fasting.

Many studies show that fasting is a great way to reduce your risk of the most common disease in our society. These diseases include atherosclerosis, which leads to heart attack, stroke, deep vein thrombosis, pulmonary embolism, or any clotting disease. Cancer, Alzheimer’s, and diabetes are reduced with fasting as well. 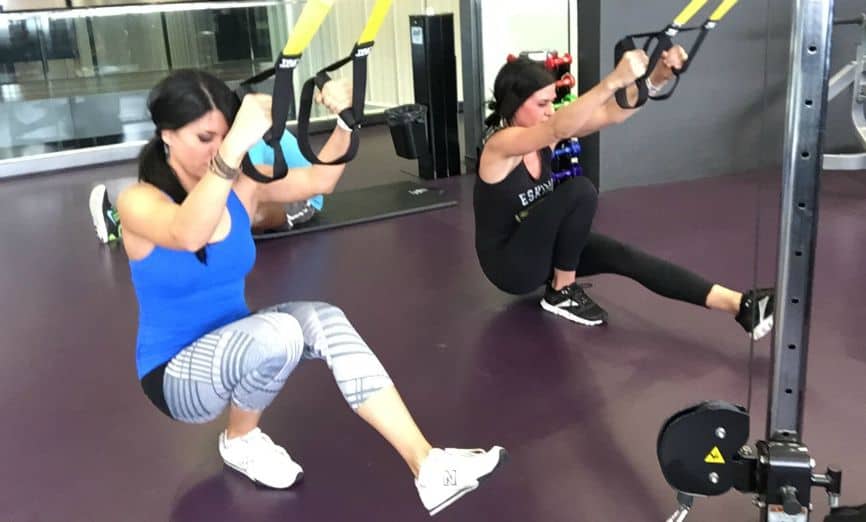 There are several ways the body breaks down during physical activity. One is the micro-tears in muscle tissue, which subsequently repair stronger than before. The inflammation following an effective workout is another stress on the body that we adapt to.

We don’t want an overdose of free radicals, but we don’t want to pamper our bodies either. Let the exercise produce the free radicals in an amount our bodies can handle and get good at cleaning them up. On rest days, take antioxidants to repair the body and give it the needed rest. 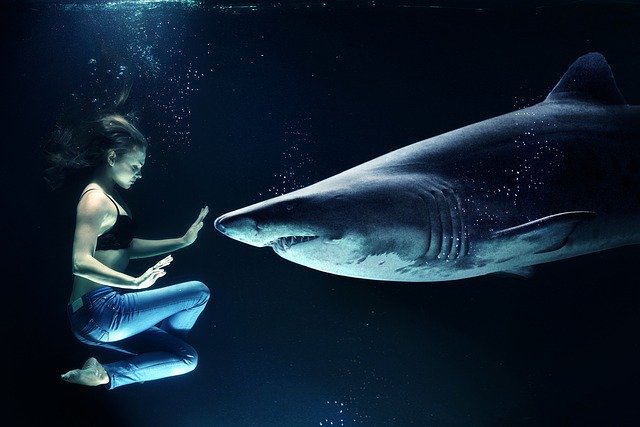 Another form of hypoxic hormesis is blood flow restriction (BFR) training. It sounds crazy at first, but the stress you put on the body during your workout goes up, and you can get better gains. You put tourniquets on your limbs that you are training so that it restricts a venous return. The body has to work harder to overcome the stress.

Another form of hypoxic training is Kaatsu training. With Kaatsu training, you put a cuff on your limbs and pump up the cuff. It will partly restrict venous return the amount you want. You can increase the pressure as you get better, or you can also cycle the pressure. For 5% off, use the code TWADE.

Studies show fantastic results in increasing lactic acid, which induces growth hormone. It also increases testosterone production, which builds muscle. Basically, all of the benefits of working out get increased. Endorphins go up witch induces dopamine, the feel-good neurotransmitter.

Hormesis is a healthy body function. The problem occurs when we aren’t exposing ourselves to these different stresses. We like to be comfortable, so we get a relaxing office job where we sit all day. We avoid the cold like the COVID, and we never go hungry. When’s the last time you held your breath?

It is vital to expose ourselves to different stresses regularly. We become very weak in many ways and become vulnerable to disease and death. Our bodies were built to move and overcome obstacles.

Want To Get Started On A New Lifstyle Right Away?

MEET ME FOR A Free Transformation Session